This is the same basic fleece hat I used to make my Viking Hats, which now belong to my friend's son and my nephew. I decided that I too needed a warm fleece hat but I wanted mine to be a bit more girly. This project can be done with scraps, but if you buy fleece, you'll just need about 12". 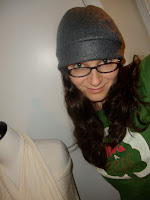 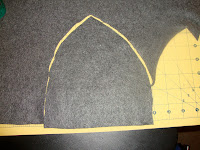 1. Cut out 4 pieces for the top with the dimensions written on my super high-tech graphic, plus one long strip to be the band. The band will be folded over so keep that in mind when deciding your heigth. My head is 23" so I divided that by 4 and got 5.75" for the base of each top piece. I rounded this to 6 for seam allowance.  I made my band piece 4" tall for a finished band of about 2". 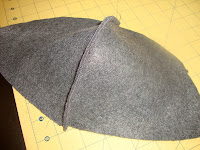 2. Sew two of your top pieces together along one of the curved edges. Do the same to the other two pieces. You should now have two "half-domes" as I'm calling them. 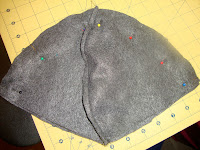 3. Pin the two halves of your hat together and sew around the entire length of the curve. Line up your seams in the middle. 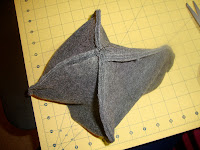 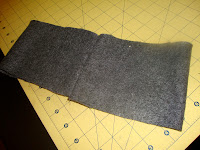 4. Sew your band together along the two short ends and flip right-side out. 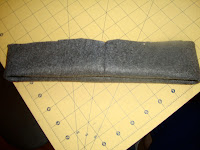 5. Fold this in half length-ways like in this picture, encasing your seam inside. This is the hat band. 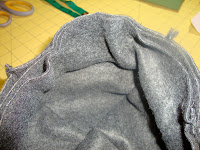 6. Pin your hat band to the dome of your hat, right-sides together...technically there is no wrong side to your folded hat band, just make sure you pin it to the right-side of your hat. I put my hat band's seam in the center of one of the top pieces instead of lining it up with a seam because I didn't want a seam running down the middle of the front of the hat. That is up to you. 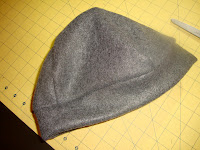 7. Sew around the hat attaching the band to the dome. Turn right-side out and there you have it. A simple fleece hat.
Okay, so if that isn't enough for you, here's how to make a simple fleece flower. 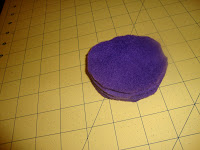 1. Cut some circles the size you want your flower to be. The more circles the fluffier the flower. I used 4 bigger ones with one smaller one on top (the little one isn't in this picture) 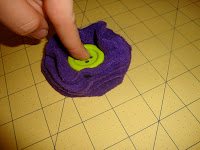 2. Sew them together in the center and fluff up the edges. A button works nicely. Or you can sew a bead or something. 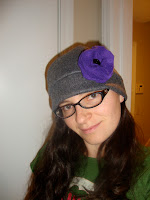 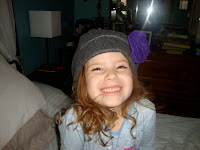